Overcoming Fear: a Trip to the Royal Gorge Bridge Park 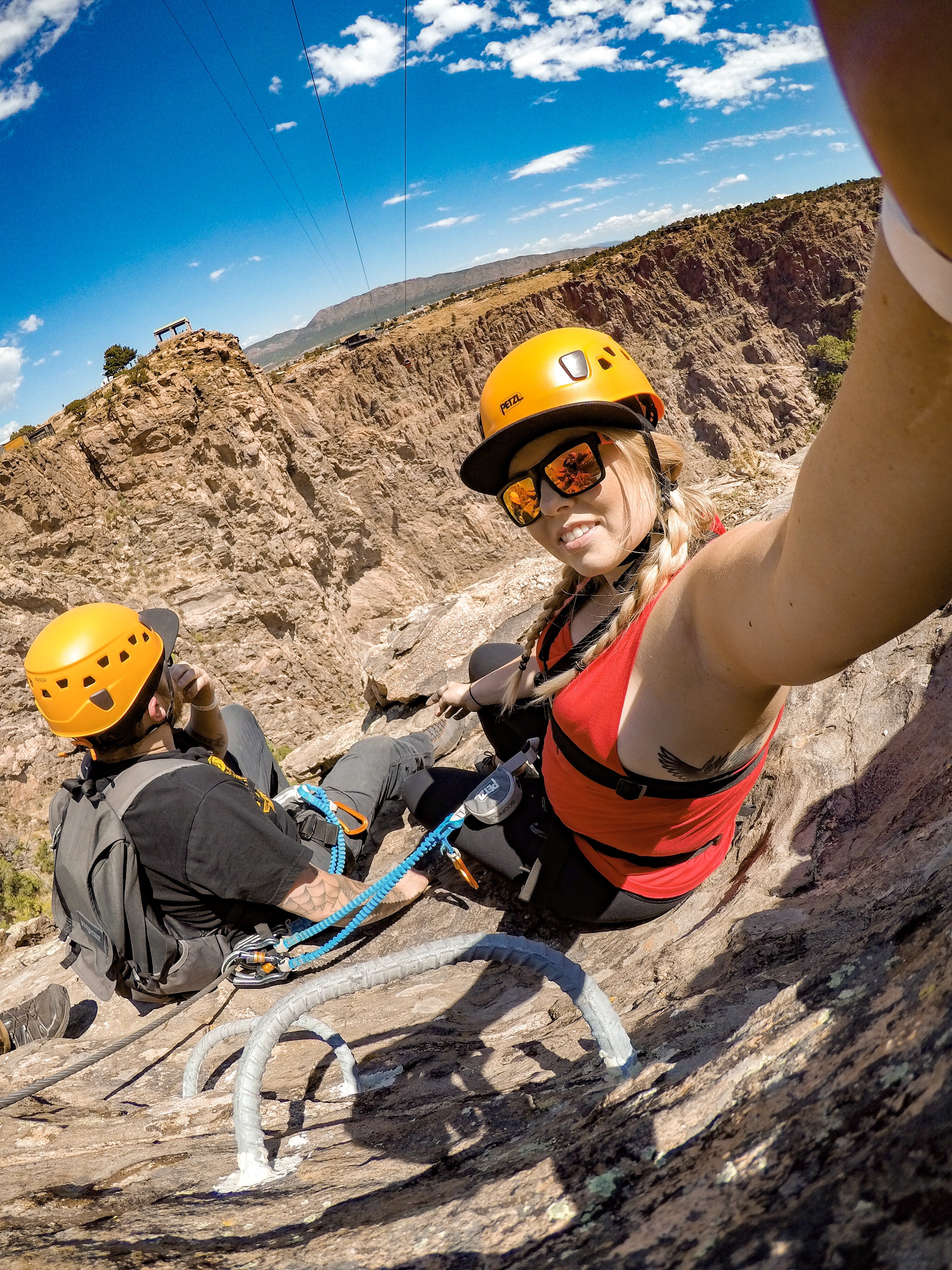 I was never the kid that climbed trees, onto rooftops, or anything with a dramatic height, unless it was a diving board or rock with a body of water below. I’ve never enjoyed ladders, or climbing (what I believe to be) unstable surfaces/objects.

So, what’s a better way than to challenge my fear of heights, than to visit the Royal Gorge Bridge Park! The park invited me out for a day to show the masses all of the opportunities the park has to offer. Here’s the story of my adventure.

Fun Facts about the Park

Best Times to Visit the Park

From Denver, RGBP is about 2.5 hours away, assuming you don’t hit any traffic. We arrived at the park around 10AM, ready to tackle the day! The Spring and Fall will be less warm than the summer months, however, you should definitely start your visit as early as possible. Winds and rain storms pick up as the day progresses, which normally causes certain attractions in the park to close. The early bird truly does get the worm at the Royal Gorge. Plus, the lines for the Zip Line and Gondolas will be significantly shorter in the early mornings if you choose to participate in either of these activities.

Our first activity for the day was the newly opened Via Ferrata, a mountain climbing system developed during World War I to allow soldiers to traverse treacherous mountains and cliffs safely and efficiently. Of course, RGBP’s Via Ferrata system is solely for recreational purposes. Through their program, you are led by a guide down into the gorge, and back up via the steel cables and iron rungs that are fixed to the rock walls. No rock climbing experience is necessary.

We made our way down to the Yurt where our tour guide, Shane, geared us up for the adventure. RGBP’s program provides everything you need: rock climbing shoes, a safety harness, helmet, and backpack if you wish to bring anything with you on your trek. (I highly suggest bringing at least a liter of water. I enjoy using my Hydroflask on any and all of my adventures.) Being a first time mountain climber, I was ready to ask Shane ten thousand questions about what we were getting ourselves into, but, he was quick and ready to inform us of everything we needed to know to make our climb safely.

First up, we went on the “test route,” a 250 foot, 1 hour climb, that allows the guides to assess whether or not you are capable of doing the 500 foot climb that comes with the Revelation Tour. As we descended into the gorge, I honestly began to get a little nervous. When we got to the start of our climb, I had to really talk to myself into going up the canyon walls. “Don’t look down,” I kept telling myself. I had brought my boyfriend along with me for the adventure, but hadn’t really told him what we were getting into. I could tell that he was extremely nervous about the climb.

Shane began showing us how to clip ourselves into the Via Ferrata system and make our ascent to the top of the gorge. After the first few minutes of climbing, my fear and anxiety had diminished, and I was up for the challenge of climbing out of the gorge. After all, it’s easier to go up than it is to climb down, so there was no turning back. With a few stops to take the views in, the 250 foot climb took us roughly an hour.

I had tackled mountain climbing, something I had never even thought of attempting in my life. It was physically and mentally demanding, but worth every second of the experience. Although our guide, Shane, felt that we would be completely fine doing the 500 foot climb, and was ready to take us on the next part of the tour, I realized after the first 250 foot climb that I could use a few heavy leg days at the gym, gaining some muscle to make the climb significantly easier and less fatiguing. Justin and I were grateful for the intro tour to the Via Ferrata and moved on to the next adventure.

After traversing a mountain side, I felt pretty indestructible. I decided to make my way across the gorge via North America’s tallest Zip Line system. The ride takes just under a minute from the time you leave the south rim, and end at the north rim. Although it is a gravity based zip line, the momentum doesn’t kick in too hard as you make your way across, allowing you to enjoy the views, like the Arkansas river 1,200 feet below your dangling feet! I grinned from ear to ear and even threw my arms out like a bird. Didn’t I just have a fear of heights a few hours ago?!

Justin waited on the south rim with my backpack, so I jumped into a gondola and made my way back to the other side. The Gondolas are included in your general admission pass to the park, and are the perfect way to see the Gorge if you’re visiting on a budget or time constraint. With glass windows all around, they offer stunning views of the gorge. I’d recommend taking the Gondolas across to the South Rim, and walking down the hill to the Bridge, and back to the visitors center.

After a few adrenaline rush activities, a beer was most definitely in order. We popped into one of the view points for some more panoramic gorge views, then headed over to the concession stand near the Sky Coaster. Yes, this is where my adrenaline junkie self stops to smell the roses, or drink a beer in this case. While we sipped on a tasty wheat beer from Bristol Brewing, we watched as people flew into the sky via the Sky Coaster attraction.

We split a bacon cheeseburger at the grill, checked out the Tommy knocker children’s playground, where I found an old timey train to crawl into, and then made our way down the hill towards the Bridge. If you enjoy history, the theatre is full of artifacts, fun facts about the bridge, as well as a 17-ish minute movie about the park. There’s also barbecue available near the theatre.

Welp, this is it, the big ol’ bridge! If you only have the budget to see the gorge via General Admission, you’ll still get to tackle some fears crossing this bridge on foot, plus a gondola ride. After mountain climbing and zip lining, walking across one of the tallest suspension bridges in the world wasn’t bothering me. My boyfriend, on the other hand, kept his eye on the prize: the north rim, and kept walking till he got there. To be honest, I think he was after the ice cream stand that was conveniently located right by the north end of the bridge. Hah!

I stood out over the bridge for a while and watched as rafters and kayakers made their way through the rapids 900+ feet below. They looked like little yellow ants from the bridge. Finally, I had seen everything I needed to see, and we headed towards the visitors center to end our adventure.

Thousands of people visit the Royal Gorge Bridge park every month. Whether you’re there for a thrill, or simply taking in the breathtaking beauty surrounding them, there’s something at the RGBP for everyone. I challenged myself to tackle my fear of heights, and am so glad to have had this opportunity to do so.

The day after I visited the park, I had probably sent photos and called five of my closest friends to tell them all about what I had done. I was so stoked on the Via Ferrata and Zip Line, and I needed everyone to know. No matter what you desire to get out of your visit to the Royal Gorge, be it a scenic view or a personal challenge, you’ll be happy you took the time to visit America’s Bridge.

Weather varies greatly, layers may be helpful depending on the time of year you wish to visit. Sunscreen is a must, as well as water. Wear comfortable clothing and shoes since you will be walking a lot. My health app registered 3.25 miles while at the park, not including the times in which I didn’t have my phone on my during our adventures.

As mentioned previously, there are multiple food spots within the park. If you choose to stop and eat before entering the park, I’d recommend:

If you want to stay near the park, there is plenty of dispersed camping throughout the area. We found a campground near the park that had plenty of space available to pitch a tent for the evening. The dirt roads are motorcycle friendly. 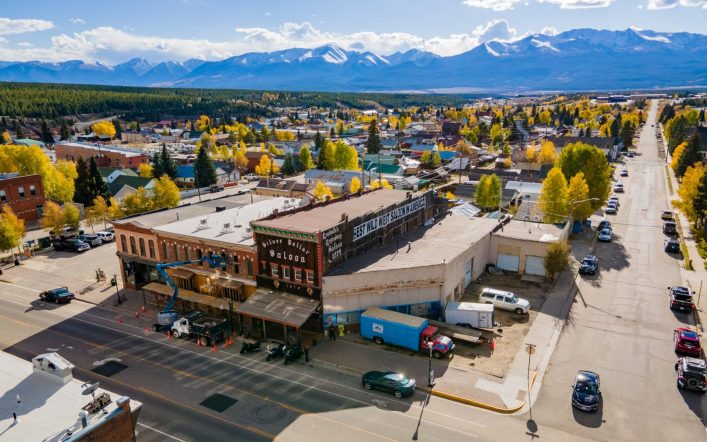 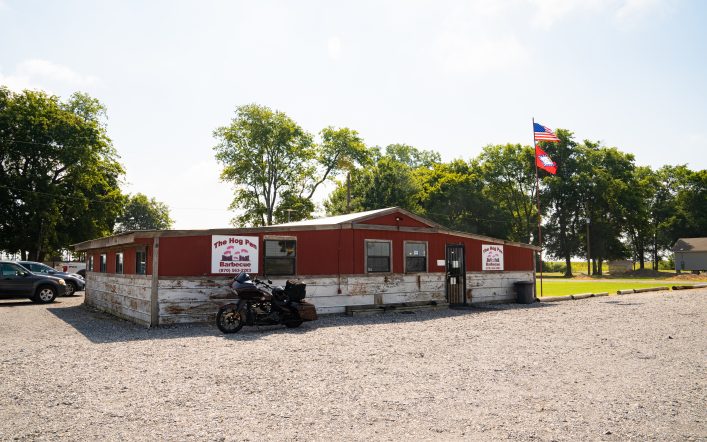 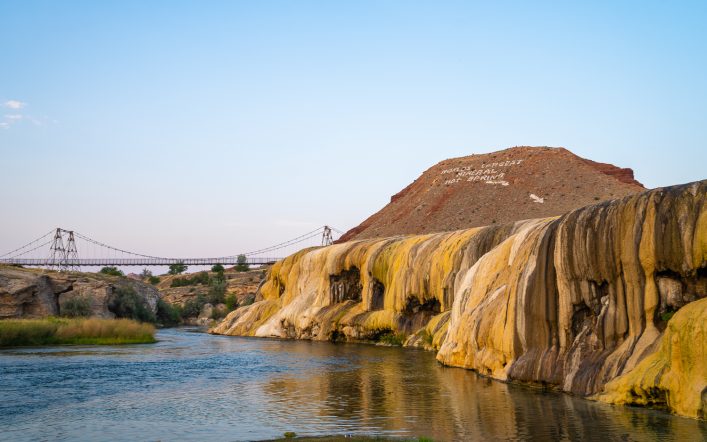