Don’t Knock It ‘Til You Try It: Milwaukee Eight® Softail® 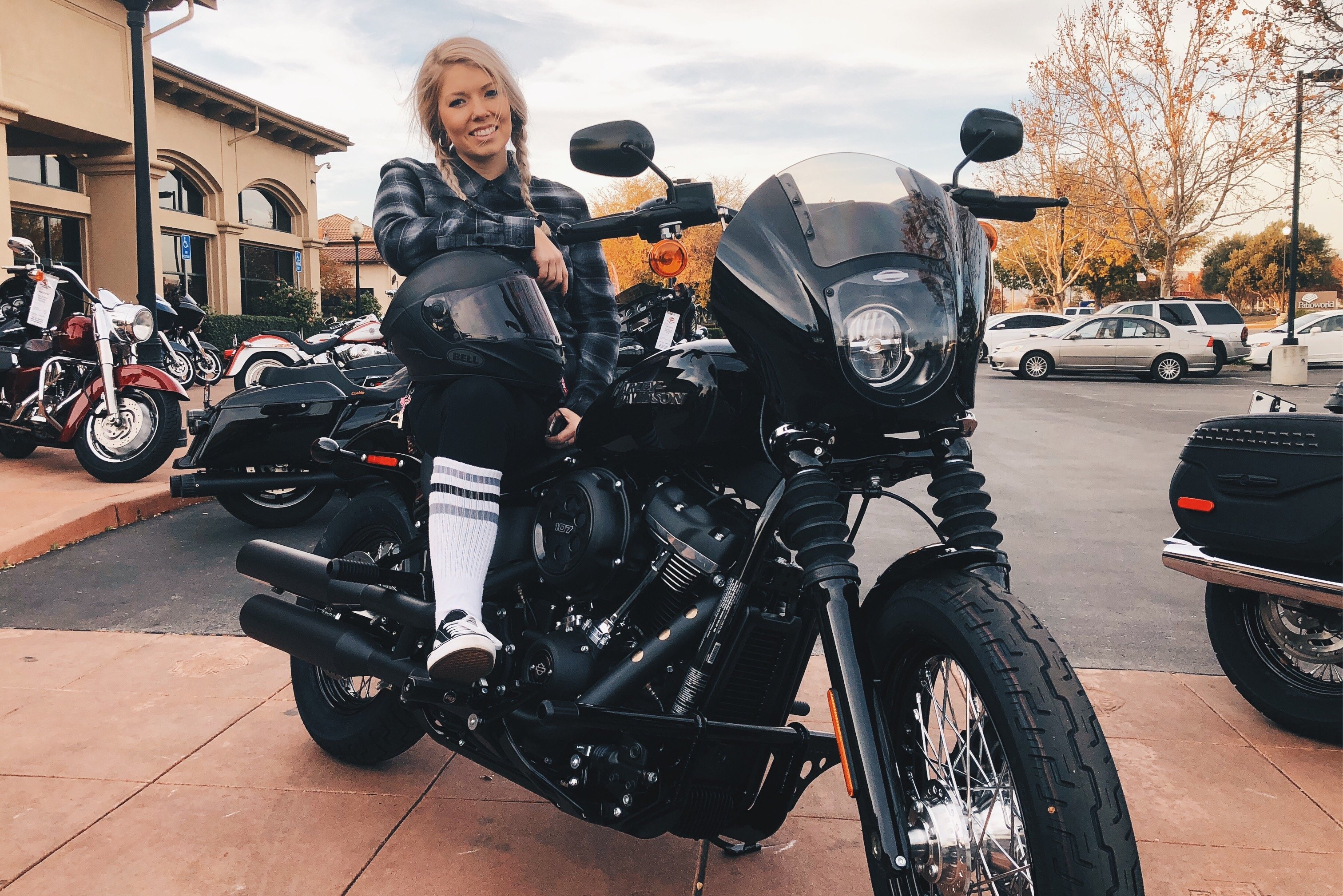 It’s been over a year since the Dyna was pronounced dead, and people are still crying wolf about it….but why?! I had the opportunity to take a few models out from a local dealership and put a good chunk of miles on them last year. These are my overall thoughts on the Milwaukee Eight Softail platform, as well as a few model specific thoughts thrown into the mix.

New chassis, old styling, and better performance. Although the new Softail models look fairly similar upon first glance, they handle nothing like their predecessors. The mono shock system may be somewhat unchartered territory for H-D® fanatics. However, it’s a proven performance platform for many sport bike models. It only makes sense that H-D® integrated it into their lineup.

No, the mono shock doesn’t have the “thigh gap” suspension aesthetic that was so trendy with tall aftermarket shocks on the Dyna models in recent years, but if you’re purchasing a cruiser-style bike in hopes of performance, the new Softail greatly out performs both the Dyna and prior Softail.

The new Low Rider (FXLR) handle phenomenally with stock suspension and motor mount components compared to my 2015 FXDL, that I’ve poured an absurd amount of money into to get rid of the famed Dyna Wobble. Additionally, the lean angle has been significantly improved across all softail models. If you were boosting up your Dyna in hopes of more ground clearance, you won’t need to do that with these new Softails.

Second, the M8 Platform is full of torque and power. We previously saw the Dyna Low Rider S with it’s 110” OEM Motor. However most Dynas were sold with a 103” Twin Cam engine. The M8 Softail starts out at a 107,” and certain models are currently being sold with a 114” motor in them. Let’s put that into perspective: this is the exact same motor size that is being put in the Touring Model platform. So not only did the motor company shed weight by redesigning the softail frame and components, they also put a motor in these bikes that is currently pulling the weight of an 800+ lb touring model and it’s rider, and potential passenger. The M8 Softail is a mean, lean, rippin’ machine.

IT AIN’T YOUR EQUILIBRIUM GETTING BETTER.

I won’t get into fancy, technical details, but the balancing of these bikes is insane. I’ve ridden prior softail models, touring models, and dyna models, and these new chassis make the ride feel as if you’re on rails the entire time. The Heritage Classic, for example, may not be as appealing cosmetically to my generation as it is to the Baby Boomers, but it feels like I’m riding something lighter than a sportster, and for a new rider, that’s a promising feeling.

Pros: The slimmed down tanks of the Street Bob and Fat Bob are aesthetically and functionally not desirable to me, but that’s not what’s important. To a newer rider, especially of smaller stature, these models may be significantly more appealing than models such as the Heritage and Low Rider. As seasoned riders, we tend to forget the intimidation factor that jumping on a heavy weight cruiser for the first time brings to a new rider. With so many more women getting interested in riding, this was a great addition to the all-new Softail Lineup.

Cons: While these slimmed down model options are a plus, there’s some downfalls to the new softies, and one of the biggest ones for me is the forward control dilemma. Many models are equipped with forward controls. For a person like myself that has a pant inseam around 30” or less, this isn’t ideal. Multiple aftermarket companies have come out with their own aftermarket mid control systems to fix this problem, but you’re going to spend quite a bit of coin to get your little legs where they need to be, on top of all the dough you just spent on your new bike.

To get a real comparison of these bikes, I took the new Street Bob, Fat Bob, Fat Boy, and LowRider out. Overall thoughts on each:

This is the first M8 softail I rode. And it definitely set the pace for my next test rides. Twisting the throttle further and further back as I made my way onto the freeway, I was blown away at the initial handling. Even at simple, straight lined freeway speeds, it didn’t feel like I was on a Softail. It’ll get to 90mph very quickly. And unlike a sportster, which sits slimmed down and similar in stature, it’ll handle the high speeds like a champ. This bike does come with mid controls, so for all you shorties out there, rejoice! You’ll feel right at home in the cockpit of this bike. No stretched out limbs for awkward riding positions. I’m not a big fan of the gas tank, but if you were considering a new Sportster to purchase, I’d push you to try this bike out before settling on the sporty.

The Softail LowRider sits very similar in stature as my 2015 Dyna Low Rider. For all you lady riders out there, this new bike is a must-ride. If you’ve been eyeballing a Dyna Street Bob or Low Rider model, I highly suggest you give one of these new “Low-Lows” a try.

This bike does sit low to the ground, and while I can’t get both feet fully planted, I haven’t been able to do that on my FXDL, so this isn’t anything surprising or disappointing. (This particular FXLR has the Bung King shock extension installed, so that is also a contributing factor as to why the seat height was a bit tall for me. This shock extension boosts the seat height up almost 1 3/4.”)

This model does have the same size tank as the Dyna, so if the size doesn’t scare you, you’ll be enjoying the extra mileage you’ll get out of the larger tank. If I had to pick one out of the four I’m comparing right here, this is the one I would personally buy.

Even though this bike was supposed to be *the* bike to buy in the Softail Lineup and heavily marketed during the new product launch, this wasn’t my favorite of the four I test rode. But, my reasoning may be different than yours. I rode one of the 114” models, and while it is peppy, so is the 107. I personally don’t think the average rider will truly notice that much of a difference between the two motors.

With it having the fat front tire aesthetic, you’d expect it to not handle great. But that’s where they get ya. This bike is nimble and handles just as well as the FXBB and FXLR, but in it’s own way. At highway speeds it barely takes a tip of the handlebars to get the bike to move over dramatically in a lane. The fat front tire does cover more ground that those on the FXBB and FXLR, which is partially a reason for it’s responsiveness to any handlebar or body movement. In the twisties, the inverted front end helped me keep the bike stable as I pushed it through the corners.

Unfortunately, the factory set up is not appealing and makes this bike lose major review points. I dislike the robotic LED headlight, and I’m not a huge fan of the drag bars and forward control set up. It’s okay for a rip around town, but for the amount of time and cash you’re going to spend getting this bike set up for any type of long term riding, I’d give it a hard pass compared to the FXLR and FXBB. My first motorcycle was a FortyEight Sportster®, so the fat tires aren’t an eyesore to me. If I was going to choose a “fat” tired softail, I’d choose the Heritage.

How do I say this nicely…. This is a bike for people who like to go in straight lines. While many people focus on the Fat Bob’s fat tire aesthetic, the Fat Boy is a wide tire softail model, boasting a 240mm rear tire. To me, personally, this model handles like a boat, and not in a good way. I test rode the Low Rider prior to test riding this bike. I made it about a mile into my test ride loop, where I hit the first good corner, and realized that this bike does not handle well enough for my liking. The Fat Boy and Breakout both handle better than their Twin Cam softail relatives, but I just can’t get behind this bike whatsoever. If this is your thing….good for you. But I don’t see myself ever enjoying fighting this bike through corners.

DON’T KNOCK IT ’TIL YOU TRY IT.

If you’re still on the fence about these new M8 Softails, and you have not given yourself the opportunity to take advantage of a free test ride at your local dealership, I’m going to go with one of three reasons why:

I was hesitant when the Motor Company released the initial renderings on their website. The photos were definitely not giving these bikes an ounce of justice of the upgrades that would soon reveal themselves. Like all new things, it takes a while for aftermarket companies to get on board and produce their own twist on parts. It also takes people a minute or three to adjust to a change like this.

Change is good for these new M8 Softails, and while I’m not a fan of every model, they weren’t all designed with my preferences in mind, and that’s the way it should be. There’s something for everyone in this new and improved Softail lineup. And, with more women riding motorcycles every day, it’s great to see a few models that may be less intimidating due to size options. Cheers to progression! 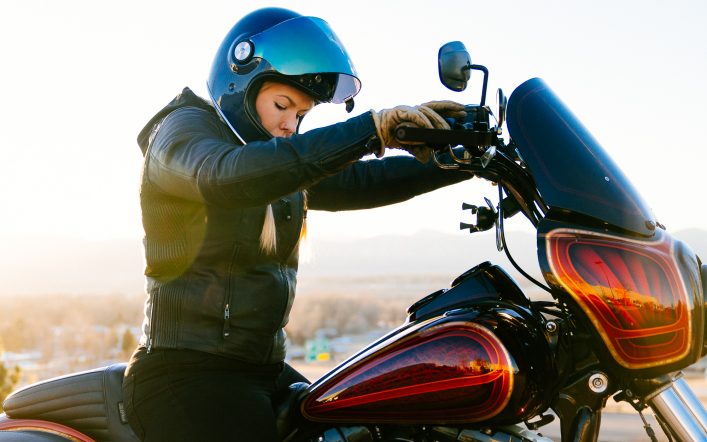 Finding a leather jacket that fits in all the right places as a woman can be challenging. Like “I’ve been riding for ten years, have tried a lot of different.. 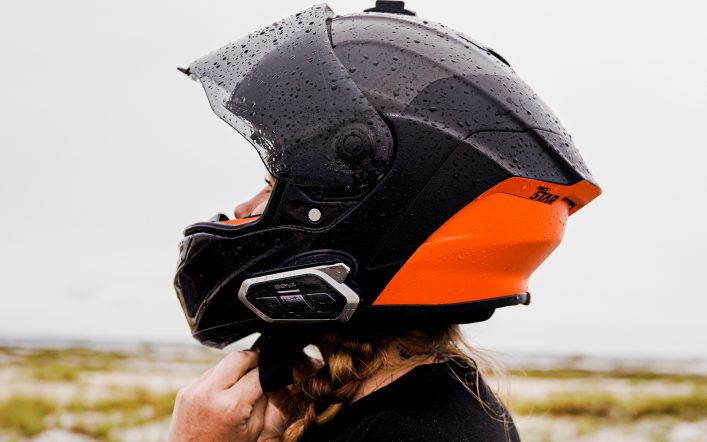 Riding with a bluetooth communication system on a helmet can be a game changer for any rider. Gone are the days of making weird hand signals and facial expressions to tell.. 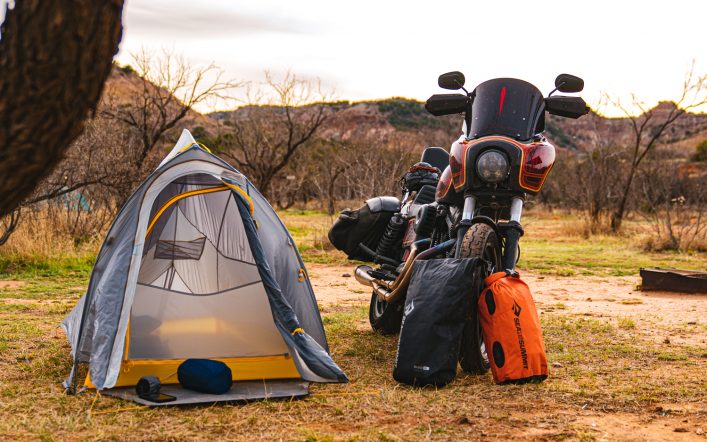 Compact, Lightweight, and Durable. Learn why the Big Agnes Fly Creek Bikepacking Tent is a great investment for the avid motorcycle camper. 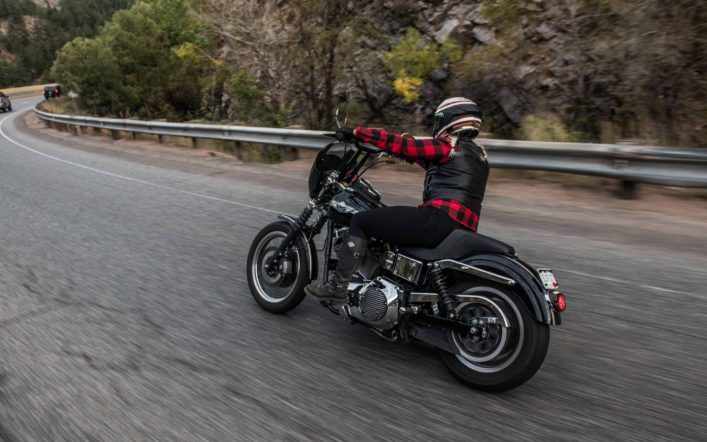 Get you a shock that can do both: plush touring and performance handling, all with the twist of a coil or knob. 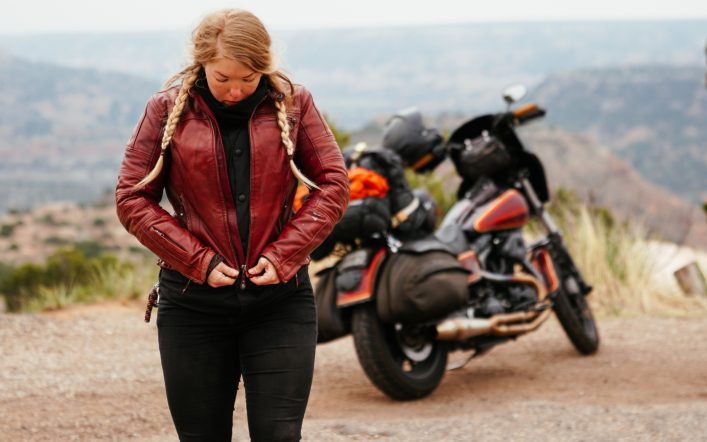 Fashion and function rolled into one. The Roland Sands Design Women’s Maven Leather Jacket is a quality riding jacket any female rider will love. 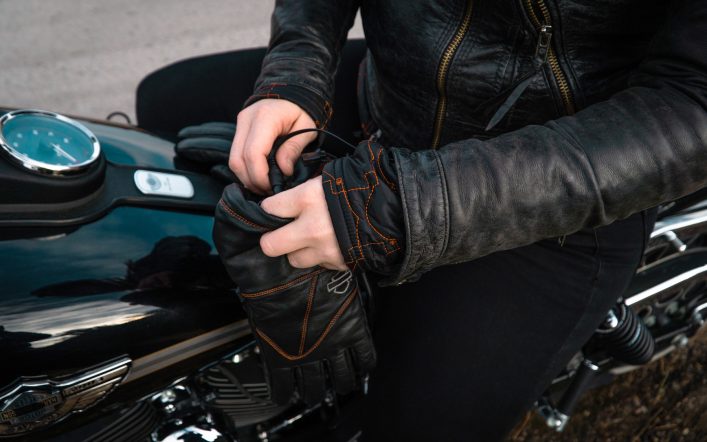 An investment I wish I had made many miles and years ago: heated gear. Learn more about the Harley-Davidson Women’s Heated Motorcycle Gear in this review!