15 Women Who Ride That Inspire Me (Beyond the Motorcycle!) 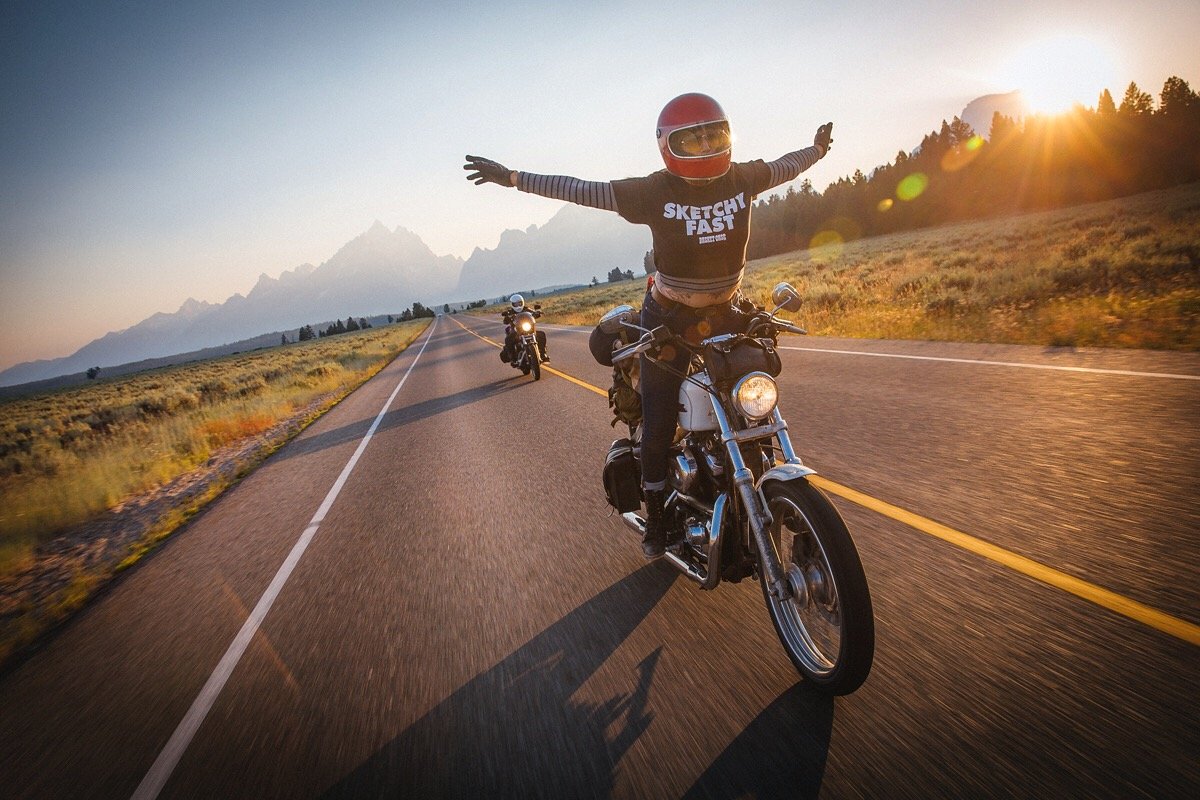 I love seeing women riding their own motorcycle. However, the motorcycle is just a common denominator. It’s not the entire equation, nor does it make up anywhere close to what makes a woman who she is. I love seeing people for who they are, outside of our common interests. Here are 15 women, all of which ride their own motorcycles, that have inspired me beyond their two wheeled passions. Perhaps one of them will inspire you, too!

It’s not every day you meet a woman that’s the brains behind the bikes we straddle and ride down the highway. Nerissa is an engineer for Harley-Davidson®. Being an engineer is no easy feat, especially to the caliber at which the Motor Company prides itself in its development operations. I love seeing her break down stereotypes of women through her passion of all things automotive.

From competing in the Arnold as a 47kg powerlifter, to pole dancing, Harley riding, and guitar playing…Leah is just a badass. I can easily say she intimidates me in the best way possible. Thank you for being a badass, mentally and physically strong woman.

Kalen is one of those people who doesn’t seem to suck at anything she tries. Hahaha. Professional Skier, outdoors enthusiast, and photographer are just a few keywords we can use to describe this creative powerhouse. From her go-getter personality to her phenomenal photo work and story telling abilities, I always find inspiration from her travels. Check out her Instagram if you need a nice “kick” to get your next adventure planned.

I love watching Amanda’s YouTube videos. As an Adventure Rider, she’s always somewhere in the back country, off the grid, being a mountain woman on two wheels. What I love most about her YouTube channel, is her authenticity. Even when she admits failure, she can laugh it off, own it, and tell the story to show others that life isn’t always a highlight reel. We need more of that in this world. Amanda has definitely driven me to the decision that my next motorcycle will be adventure-minded.

Amanda is also a phenomenal artist. You can check out and purchase some of her work on her etsy shop or on her Redbubble Storefront.

I first got to try Audra’s cooking during a motorcycle campout in Texas many many years ago. “It’s all Vegan food!” I remember someone telling me. …No way are these “cheese enchiladas” vegan, I thought at the time. Turns out, they absolutely were, and Audra is in fact an amazing Vegan cook.

Today, Audra owns Tiki Loco in Deep Ellum, Texas. This isn’t your average Vegan Restaurant. Take a look at their instagram for a glimpse at the menu offerings Audra has created. (Yep, she’s the mind behind the menu!) Fair warning: you’ll be hungry after you see their instagram feed. Taco Tuesday is every day at Tiki Loco.

Malary and I have been friends for many years thanks to motorcycles. From her punny (yes, punny) personality to her “send it” attitude, I’ve always admired how adventurous she is, especially for her height. On a good day, Malary is a whopping 5 feet tall, a height that most would consider questionable for riding heavyweight cruisers and larger cc dirt bikes. Have no fear, though. Malary rides a Dyna as her daily driver, and on the weekends, loads up her Chevy Luv truck with her 250cc dirt bike and hits the track or trails. Give this girl a two wheeled machine, and she’s going to twist the throttle and hope for the best. Fearless, funny, and friendly. That’s why I love Malary.

Mich and I became friends thanks to Babes Ride Out in 2015. At the time, she had been training for a competition and her dedication to health and fitness was something I really admired about her. As our friendship grew, I realized that dedication and loyalty are two of her personality traits that I’ve come to admire the most.

Mich is also the founder of Moto F.A.M., a non-profit which helps downed riders facing life changing injuries after a motorcycle accident. A person who dedicates their life to helping others is definitely admirable. Moto FAM perfectly embodies Mich’s selflessness and desire to always do the right thing and help those in need.

Kristen took her motorcycle endorsement course when she was 17. Shortly after that “M” made its way to her Driver’s License, she took off on a cross country trip with her dad to the Sturgis Motorcycle Rally. Kristen’s been hooked on motorcycles ever since. Today, you can find her turning wrenches as a certified Motorcycle Mechanic in her hometown of Pensacola, Florida. Adversity is a common denominator in many of the tasks Kristen finds herself undertaking, but she always handles them with ease. Fear is definitely not a word in her vocabulary. And her constant positive mental attitude towards life is something we can all admire.

While Alexis may be new(ish) to riding her own motorcycle, she’s no newbie to the thrill of speed. In fact, she’s gone over 300mph down a drag strip. Alexis has been an NHRA drag racer since 2005, with a recent return to the sport for 2020 after a 2-year hiatus. These cars produce such power that the sound of the engines will rattle your ribcage as they take off from the starting line. In 2019, only 12 women were listed as professional NHRA racers. Women like Dejoria are paving the way for the future generation of racers.

Leticia is rebuilding a freakin’ town, y’all. That’s why we haven’t seen her on her Dyna as much lately. While opening and operating The Dive, to building a cafe, co-op motorcycle shop, and reviving many of Cave City’s deserted downtown buildings, Leticia is also running for Mayor of her tiny Kentucky town. I don’t know about you, but anytime I see her breaking down walls in a new building or covered in dust from a day’s remodel job, it gets me motivated to do more with my day. Leticia never stops learning, or moving.

If the world was going to end and I had to pick a few people to take with me to survive, I’d 100% be choosing Ash to be on my team. A true cowgirl, with the spirit of the wild west, is the simplest way I can describe her. A fine art gallery manager in Taos by day, and rodeo queen by weekend. Ash lives and breathes the culture of her tiny southwestern mountain town of Taos, New Mexico. If the stereotypical western movie music hasn’t qued in your head yet, it will when you meet Ash.

Blue Collar women aren’t always front and center with their line of work. But that’s never stopped Krysta from taking over the commercial upholstery scene of Oklahoma City. She’s constantly helping bars and restaurants revamp their interior design and booth spaces, as well as custom home furniture, restoration projects, and sometimes even a customized motorcycle seat.

The Fastest Woman on Earth is one of the most humble people I’ve ever met in my life. Had you not known that she was the host of All Girls Garage, and was constantly trying to beat world records of the speed variety, you’d never know of her fame from meeting her. While Jessi is no longer with us, the drive she had to reach her goals, and attitude to treat others as you would like to be treated, have stuck with me since her passing. We could all learn a lesson or two from the incredible person that Jessi was and the legacy she has left behind.

Gloria has shown me that age is just a number. At 95 years old, she’s been riding motorcycles for 79 years as of 2020. Yes, you read that correctly: she’s still riding. In an interview with Thunderpress Magazine earlier this year, Gloria mentioned that, “her oft-stated goal is to ride across the country when she’s 100.” I hope that anyone who hears of her story (which you can read more of in her autobiography) is motivated to throw the kickstand up, at any age, and ride across the country to experience an adventure that will leave you with a lifetime of memories.

Nomadic commercial photographer. Surfer. Van lifer. Genevieve’s bubbly personality and contagious laugh will immediately put you in a good mood. Her photo work constantly inspires me to pick up the camera and go outside, as well as her drive to constantly try new things. I love how she lives her life in such a simplistic form through minimalism and non-materialistic practices, but manages to have the busiest schedule while doing so. In conjunction with her photos, she tells great stories through her Instagram that will truly put you in the moment she captured through her lens.

Is there a female motorcyclist that inspires you? Drop a comment below! 🙂

Inspiration Women who ride
Let's get social, y'all!
Related Posts 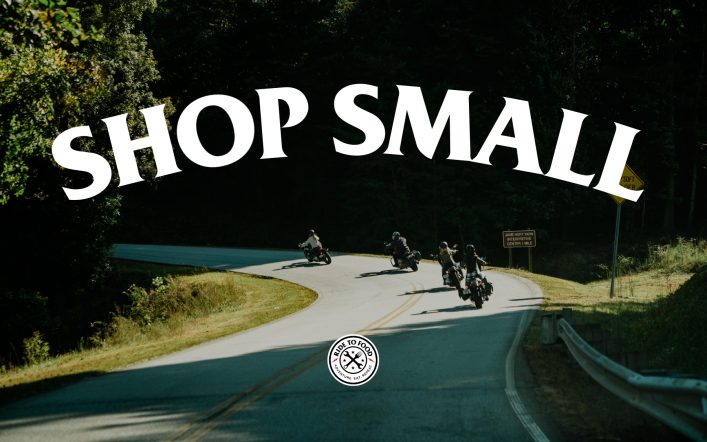 Let’s keep it real: 2020 has been a pretty wild ride for everyone. However, small businesses across the United States have taken a major financial impact this year. As we..

9 thoughts on “15 Women Who Ride That Inspire Me (Beyond the Motorcycle!)”